"soundNest is a wildly colorful large installation, (in Baltimore, MD).
~ a collaboration with artists
~ public sound art
~ with homemade instruments
~ for people of all ages
Blurring the borderline between audience and performer,
musicians are encouraged to harmoniously perform with the cacophony of sounds made by random, public participants." 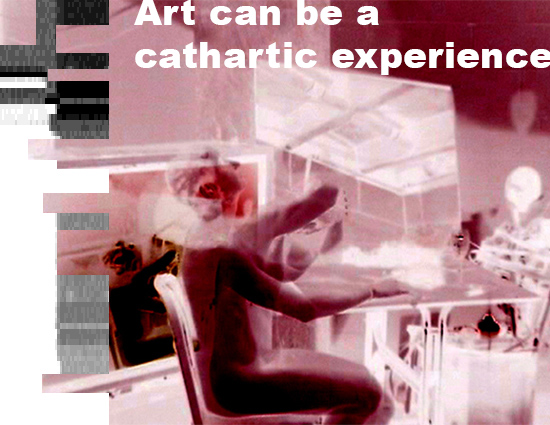 The original SOUNDNEST was a wildly colorful large outdoor installation, in Baltimore, MD, approximately 60x30 feet. The installation was constructed on the Mt Royal median strip, at MICA, in the heart of Artscape. In three days, thousands flowed through the gates. "Wow" was the word most frequently heard from those upon entering.

During the summer of 2013, Liz Swanson, ryanSmith, & Alzaruba (also known as DIALOG +) collaborated with artists to construct 11 ft. tall panels made from found materials: clothing, bed sheets, construction fencing, etc. These panels (with a shear white backing), were then assembled to create a tent-like structure, and intertwined with pre-existing trees. A modular framework of curved aluminum poles was assembled to help support the panels.

During the three days of Artscape, over 20 experimental musicians played onstage, inside "Sound Nest", from new talent like Luke Fisher to local legend Neil Feather.

Blurring the borderline between audience and performer, the musicians were to harmoniously perform with the cacophony of sounds made by the random, public participants.

TV Reporters from ABC2 News, video taped the work, and later did a segment about the soundNest installation:

The core vision of Dialog+ is driven by collaborative interactive installations and performances as a social. While our upbeat practice is constantly evolving into new venues, it is always about building the dialogue between individuals in order to build and heal our communities. Communication comes in many forms. Baltimore's experimental sound scene is full of extraordinary talent that is largely unknown by the general public. We provide a uniquely complex colorful interactive installation to work with the musicians. In addition, by providing hand made instruments, we bypass the classic separation between performers and the audience, by melding them into a unity of common purpose. Walls come down. Many of our visitors have never before encountered this kind of experience. This generates a common ground of accessible creativity, helping many to see possibilities within themselves in new creative ways.
Our enthusiasm is infectious!


In 2014, SOUNDNEST returned wilder and larger as a lavish interactive outdoor installation centered upon the Red Stage. Promoting an inclusive sense of community, courage and confidence. It was a three-day celebration of life, love and diversity! The enclosure was 85 x 30 feet, located in Pearlstone Park, directly across from the Meyerhof Symphony.


In 2015, SOUNDNEST returned to Baltimore's Artscape Festival for the third & final time. To go with the theme of Artsape's "Lazy River", we called the installation "S.S. Nest". Located in Pearlstone Park, directly across from the Meyerhof Symphony, the S.S. Nest was bigger, brighter, and more successful than any of the previous Artscape adventures. Justin Miller's "Touch Tone Tanks" added peaceful melodic sounds to the air. And, the music was as breezy & beautiful as the summer days. People of all ages flooded in, and the enthusiam was as vibrant as the colorful walls of the S.S. Nest... "All Aboard!"